Moving to Canada: 8 Essential Things FOREIGNERS Should know before moving 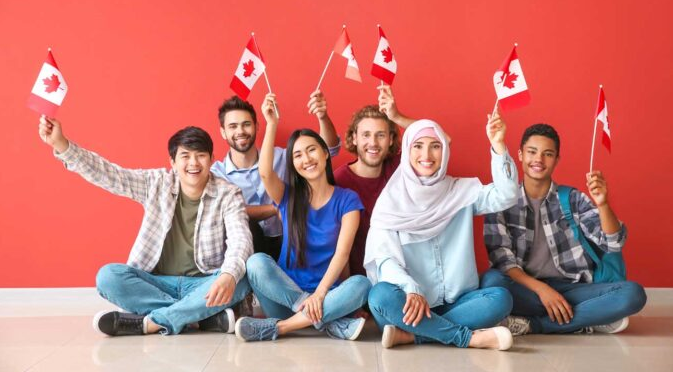 Canada is one of the best countries in the world. But there is one major downside to living in Canada: moving to Canada.

Canada is one of the most welcoming countries in the world, but it’s not the easiest country to move to. It is a great country, with amazing people and a beautiful landscape.

Key things to know before moving to Canada

1. Canada is a HUGE country

If you’re planning on moving to Canada, you won’t be able to see the whole country in just a week or two — Canada is just too gigantic! After all, it’s the second-largest country in the world, covering 9.9 million square kilometers of space. It is also surrounded by three oceans (the Atlantic, Pacific, and Arctic) and contains the world’s longest coastline. To add, we have 10 provinces and 3 territories.

While it’s definitely possible to drive across the entire country, give yourself plenty of time to explore each region and province.

2. Canada is a multicultural nation

We are a fairly new country in the broad scheme of things, and most of our citizens are descended from immigrants.

To give you some background, Canada was inhabited by aboriginal peoples until the British and French colonized the nation in the 17th century. Nowadays, almost 1 in 5 Canadians were born in another country, nearly 200 countries are represented in Canada, and 1 in 5 Canadians speak a language other than English or French as their first language.

That being said, it’s very common to walk around and hear many different languages being spoken, and in larger cities, you can find many neighborhoods dedicated to different cultures, such as Chinatown, Little Italy, Little Portugal, Greektown, and so on. Many people have naturally immigrated to these pockets in the city, and you’ll find many shops, restaurants, and even cultural festivals celebrating their heritage there.

Our two official languages are English and French.

Sadly, I was never close to being fluent and I mostly forget it all now — but I love languages (I’ve also taken classes for Japanese, Spanish, and even Latin!) so it would be great to pick it up again. Anyhow, many people in Canada speak multiple languages, especially if you were brought up learning two or more languages at home.

Staying on the topic of languages, some people can tell right away that I’m Canadian from my “accent”. Of course, I don’t feel as though I have an accent, but the way that I pronounce words likely differs from some Americans. For the record, I don’t say “aboot“, I say “about”! With that said, the myth that Canadians say “eh” a lot is true. I don’t even notice that I say it until someone points it out. I say “eh” a lot at the end of a sentence, as an exclamation, or even to ask a question.

“The weather is really snowy outside, eh?”

If you want to blend in with the locals when you visit Canada, start working the word “eh” into your vocabulary, and you’ll be fine. Also, if you visit Toronto, you have to say it properly. All of the locals don’t enunciate the second “T”. The “N” and the “T” blend together, as though you’re saying “Toronno”. It’s a dead giveaway that you’re not from around here when you say, “To-ron-to”.

Even though we have vast areas of land in Canada, about three-quarters of the population lives within 150km of the Canada/USA border in the southern regions of the country, and the major cities mostly all line this border.

The weather is warmer in these areas too, which makes life easier in many ways.

6. Canada has all four seasons

Canada has all four seasons… I think there are some misconceptions that we all live in igloos and hang out with polar bears.

It can get quite cold, snowy, and icy during the winter, but it does get very hot in the summer. When people travel to Toronto in the middle of July, they’re often surprised at how hot and humid it can be.

But yes, Canada can ‘transform’ into a different place during every season of the year — meaning that you’ll have new experiences in the same places. We celebrate the winter with many activities like skiing and snowboarding.

The spring, summer, and fall are ideal for hiking and exploring the outdoors. You can go to the beach in the summer, see many flowers in bloom during the spring, and watch the leaves change color in the fall. And if you really want to live in an igloo, definitely check out the Ice Hotel in Quebec City during the winter!

The rumors are true. For the most part, Canadians are very nice, friendly, helpful, and polite. We also say “sorry” a lot! Now, it doesn’t mean that we are apologizing for everything all of the time. It’s just most often a way of being polite.

With that said, we also like to swear, a lot. Not necessarily at anyone, but just in general.

8. Canadians take pride in their nature

We love that Canada is such a beautiful country. We have mountains, lakes, forests, prairies, and tundra. It’s very common to go for hiking day trips close to home. We also do lots of camping in the summer.

In the Toronto area, we often say that we are planning a trip “up north” in the summer. This doesn’t mean that we are going to the extreme northern parts of Canada; we’re just traveling a couple of hours north to a lake or a cottage for a holiday. Many Canadians own or rent cottages during the summer to be closer to nature.

No comments to show.